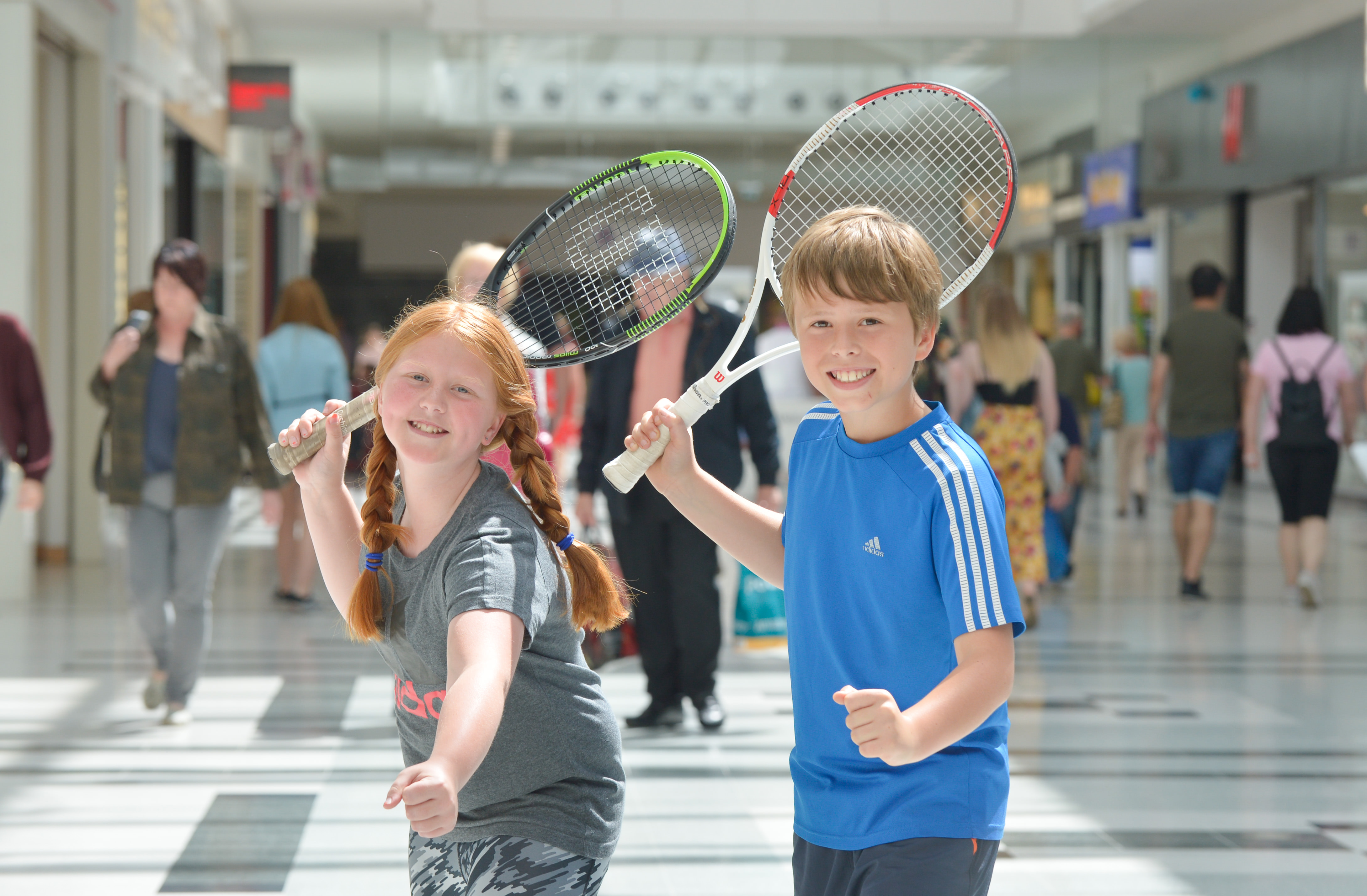 Summer just got a whole lot more fun as Thistles, Stirling announces its month-long Summer of Sport…and everyone is invited!

Taking place outside of Boots between 12pm and 4pm daily, Summer of Sport will give budding champions the chance to take on four different sports, completely free, throughout the action-packed four weeks

Launching on Monday 9th July and running until Friday 13th July will be a week of tennis fun. Want to learn the basics of the game? Keen to perfect your serve? Then get involved in the free mini-lessons and tournaments.

Game, set and match? Sip on a free smoothie and tuck into strawberries and cream before settling into a deckchair to watch this year’s Wimbledon Championship Women’s and Men’s Finals live on Saturday 14th and Sunday 15th July on the centre’s giant 65-inch plasma TV.

Pick up a golf club and aim for a hole in one on the Summer of Sport mini-golf course which runs across the second week from Monday 16th to Sunday 22nd July, while in week three join the team to learn the basics of basketball then show off your All-Star style by shooting some hoops on the court.

What’s more, between Monday 30th July and Sunday 5th August it’ll be bow and arrow at the ready as Summer of Sport presents archery fun.

Speaking about the launch, Gary Turnbull, Centre Director of Thistles said, “Summer of Sport promises to bring plenty of energetic fun to Thistles over the next month and will guarantee the centre as a must-visit destination for families. Starting next week with a fantastic tennis takeover, which includes the unmissable Wimbledon Championship Finals broadcast on our giant screen, there will be endless free entertainment running daily until the 5th of August and everyone is invited.”