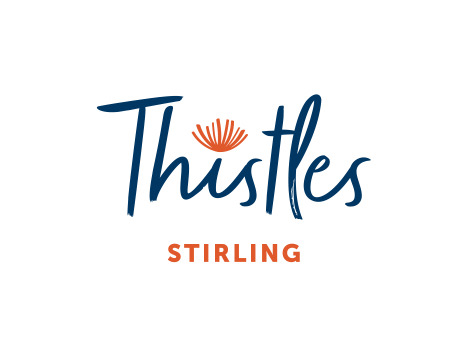 The Scottish Green Apple Awards is one of the most high-profile platforms for recognising green endeavour, and Thistles has beaten off competition to be accorded a gold award, the highest level of recognition, for its Garden with Bees initiative and Recycling Improvements.

Situated in an unused area within the service yard, the garden has been built from recycled materials in which vegetables are now grown and then donated to the Sunlight Café in Stirling, an organisation that gives adults with mental health challenges the opportunities to gain self confidence in a catering facility. Also included in the award-winning submission was Thistles’ work with Stirling High School and beekeeping company Plan Bee which led to the installation of a bee hive on the centre’s roof.

Underpinning the centre’s green credentials further, a second silver honour was accorded for Property Management and Recycling. Launched in conjunction with New Star Environmental and Simply Cups in January 2017, the recycling scheme enables Thistles to add another waste stream to its already impressive array, with over 145kg or 20 bags of wax lined cups having gone to recycling in the first 3 months of the project.
Commenting on the award wins Gary Turnbull, Centre Director of Thistles said,

“We are delighted to have won these two prestigious awards, and for Thistles to have been accorded gold status, the highest level of recognition, for our Garden with Bees and Recycling Improvements is especially rewarding. The centre faced much competition from across Scotland and this double win is a wonderful acknowledgement of our ongoing commitment to green initiatives and environmental improvements.”
The Scottish Green Apple Awards are organised by The Green Organisation. Which is an independent, non-political, non-activist, non-profit environment group dedicated to recognising, rewarding and promoting environmental best practice.